Zebras and Horses and Golf 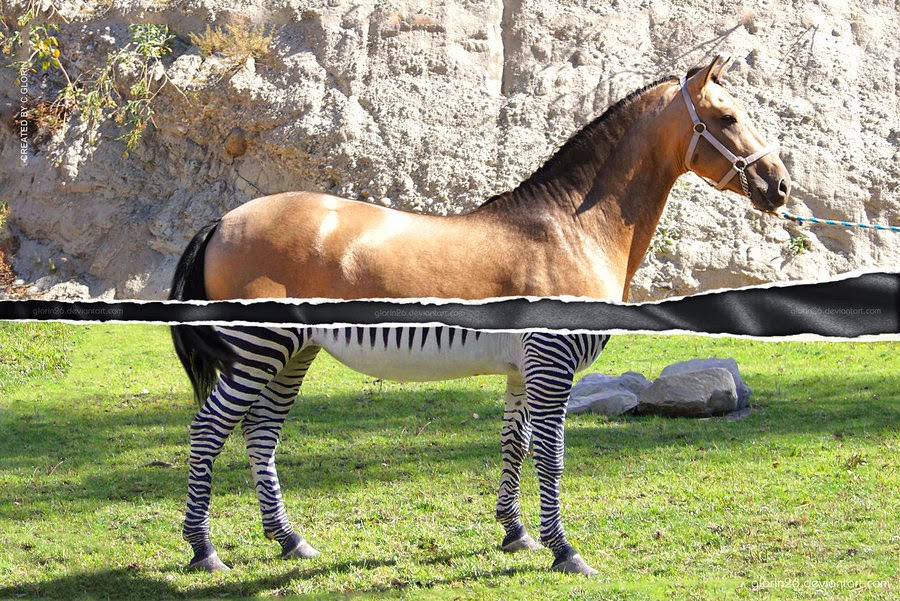 I gave up playing golf because I figured I could better spend the 4 hours it takes for a round of frustration trying to get up on a surfboard. Whilst the surfing skills have not advanced to the level I might have hoped, I still love golf. Not so much the frustrations of the game, but rather the minutiae that goes into a golf swing. The biomechanics of grip combined with wrist, elbow and shoulder movement add up to a complicated puzzle that is confused even further by injury. Sometimes however, this puzzle is most easily solved by following the "horses are more common than zebras" analogy.

I've seen a particular professional golfer a couple of times now. She too can have the now generic female patient name of Ivy. Ivy initially came in having had a three month history of left wrist and thumb pain that was worst with loaded thumb extension and wrist extension, i.e. down swing and through impact. An MRI showed bruising around the scaphoid and trapezium. Manual muscle testing indicated weakness of the ECRL and FCR, and pinch strength was reduced. 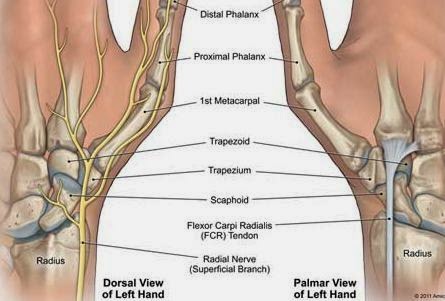 My thinking was that Ivy had developed a mild radial carpal instability, with micro-trauma in FCR impacting on the trapezium as it crosses it, causing the bone stress over time. I've seen this bruising around the trapezium previously in female golfers. Weakness compounds the injury, which forces patterns of the golf swing to alter in a minor way, but perhaps enough to make the pain worse.

In Ivy's case, she knew that if she didn't extend the wrist as much during the swing, she had less discomfort. I gave Ivy a program of wrist proprioceptive exercises, leading onto muscle specific strengthening to the wrist and thumb. Ivy spent some time with her swing coach, rejoined the tour and reported by email great improvements, until that is, she hit a rock, in China.

Ivy came back into the clinic yesterday. The wrist pain had gone, now what she had was much more specific to the thumb. Probably related, but different. It was apparent Ivy had worked hard on the wrist exercises. Strength was better, and proprioceptively her control was much better also. What she'd let slip though, were the thumb and hand strengthening exercises. 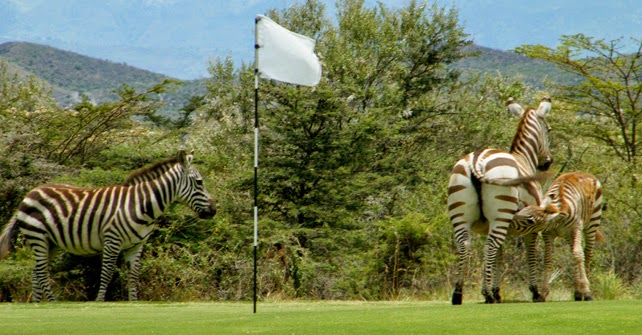 Ivy's thumb was now feeling unstable, not clinically, but certainly to her. The left thenar eminence was soft compared with her right hand, and pinch strength was again reduced. Neurological testing was negative. This time, the MRI showed nothing. Now, I could have started looking for zebras, but horses are much more common in Australia, so I focused on the strength. If Ivy can make her thumb strong again, she will be able to keep it stable through her swing. It made sense to Ivy, it made sense to her coach, and it made sense to me. I'll let you know how it pans out.

How Specific is Specific?

Specific is very specific is the answer. I recently saw an elite level rower for management of a thumb extensor tendon that she had inadvertently severed on the fin of the hull of her boat. Ivy (not her real name but a nice one) had key competition trials coming up, and her rehab had to be squeezed in somehow.


I must have seen over a hundred thumb extensor injuries. It's usually not an especially tricky rehabilitation protocol, you just need to understand how to grade things. The extensor pollicis longus (EPL) is the tendon responsible for hyper-extending the tip of your thumb, and is also responsible for allowing thumb retroposition which is lifting the thumb up, up and away from a flat hand. Ivy had cut hers over the top knuckle of her thumb which meant we could get away with  a hand based splint, and an early motion protocol post surgery.

The only issue was that Ivy was very specific about what she needed the thumb to do. As an elite level rower, she had to be able to actively flex the top joint of her thumb to 70 degrees, and maintain an eccentric load through the EPL in order to control her oar accurately. But what was even more important to her, was that her life after rowing was in no way compromised by a thumb that wouldn't straighten.

Every session for me became a study of the bio-mechanics of rowing. I have had no experience as a rower, with the few seasons I spent racing outrigger canoes counting for naught. We discussed stroke length, grip strength, grip positions, singles vs doubles, and the myriad of other factors that could affect performance at Ivy's level, right down to the specifics of thumb position.

Ivy did well in rehab,meeting all the treatment goals we set. However she recently sent me an email after performing exceptionally in the trials. The comment that got me was this, "My thumb felt really good with normal race rowing but the confidence and coordination (ie for the final sprint) is still on the improve." Movement, tendon integrity, and strength were no longer a concern, for they were almost 100%. The specifics Ivy now needed were better proprioception and fine motor co-ordination. And not just for training or for the race, but for the final sprint.

Ivy now has additional exercises designed to help her thumb with that final sprint. No doubt they will help her with life once she steps out of the boat. They will definitely help the next person that cuts a tendon who walks up the stairs and into my clinic because even if they aren't an elite athlete, I know that their specifics will be very specific too. Thanks Ivy, and good luck.