I know it's close to Christmas, it's the silly season, but this brilliant observation has capped off a year for me during which I have dealt with more "if he can run he can play" idiocy than I've ever seen before. J.J Watt broke his thumb, but resumed playing NFL for the Texans within a week.

The news feed I saw after the game against the Patriots quoted a Patriots staffer below.

"He really only had one hand," as one Pats staffer put it. "He couldn't really pull or tug and that's where he gains his advantage. He couldn't really get his arm over for that move. He was very limited. No doubt about it. He couldn't really use that hand."
You think? Have a look at the photo! Seriously fellas, there must have been someone else on that roster who could have done a better job. Oh, and if the Patriots need a new staffer to hand out observations of gold, then I'm pretty sure Mr Magoo hasn't had a gig in a while. 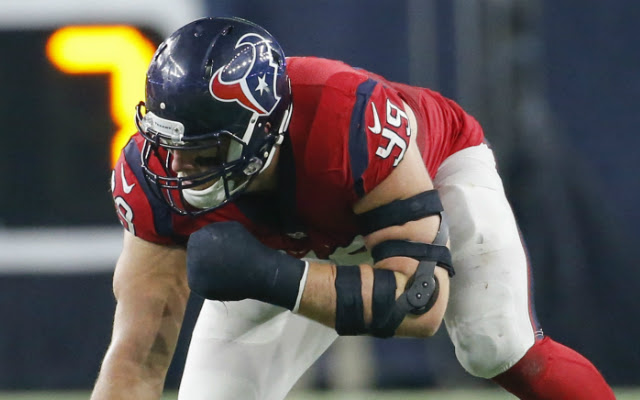