Watching Mick Fanning disappear behind a couple of waves just after the world had seen him turn to face a shark in the final of a surfing contest in south Africa, my first thoughts were of Bethany Hamilton. For those of you that don’t know, Bethany lost an arm to a shark whilst surfing in Hawaii. She recovered well enough to compete and win several professional surfing titles. Mick’s encounter was the premium topic of conversation with all of my patients that day, but Bethany’s story was the one I discussed with one particular patient.

Ned (not his real name) wasn’t an elite sportsperson. He had rolled a car almost 20 years previously resulting in a terrible crush injury to his right arm, and the eventual amputation of his index finger at the metacarpal (knuckle) joint. His right hand had adapted really well to this, with his thumb bypassing the now gone finger, and working with his middle fingertip in order to pinch and grip strongly. Unfortunately, Ned had never attempted to increase his left hand use to compensate for his injuries. His right hand now demonstrated advanced degeneration, and he had significant pain related to muscle overuse and strain. Treatment involved supportive splinting, exercises to divert stress to under utilised muscles and away from the overworked ones, and loads of education on how to adjust activity including dirt bike riding.

Ned also wanted to know how I felt he would go if he had another amputation and I told him I believed he would adjust well albeit with a caveat. Several Australian Rules footballers have had a finger amputated and have been able to play at the top level, Daniel Chick being the first to spring to mind. My first patient ever in my career was a former champion amateur golfer with only one arm who claimed to have taught Jack Newton how to play golf again after he had walked into a propeller. The key is something called neural plasticity combined with something they all had in common called perseverance. Ned hadn’t been too keen on the latter, and was now suffering the consequences. 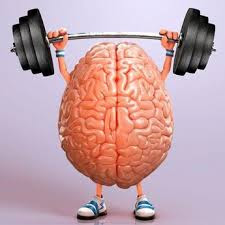 My point is, that it is all very well to understand that the brain will automatically start to redirect its’ energies towards existing fingers or limbs once it recognises that it has lost fingers and / or limbs. There has been plenty of research to explain this with a good article at http://www.thenakedscientists.com/HTML/interviews/interview/1000517/ and the NOI group website http://www.noigroup.com/en/Home a good place to start learning. However, there is a disturbing tendency in my profession to put patients in front of a mirror box for half an hour and expect them to come out of the session with no pain and full movement. It doesn’t happen because even though neural or cortical plasticity is automatic, cortical retraining is not. It takes work. If patients like Ned are not prepared to put the work in, then non-dominant hands will remain non-dominant, and allowing a thumb to bypass an amputation will not be enough.

I know I have simplified things almost too much. Certainly I am guilty of being too preachy. But then, that is part of my role. Using Bethany, Jack and Daniel as examples helped me explain to Ned what he needed to do. Will he do it? I have no idea. I’d back Mick Fanning in though had that shark been hungry.